Positive News – It’s not often black boys are afforded a space to express their joy. After all, media representations of black boys rarely stray beyond perpetrator or the victim of violence.

It’s this in part that propelled Kay Rufai, a British-Nigerian artist, photographer and author, to create the Smile-ing Boys project, which addresses the mental health needs of black boys while challenging their often-negative media portrayal.

The project has caught attention for its striking portrait series of 13-year-old black boys, grinning against a vibrant-coloured backdrop, which has been on display in City Hall and at Brixton Village market. At exhibitions, Rufai says he noticed that black boys and men were particularly touched by the images, seeing themselves – or their younger selves – reflected. Mothers and mothers-to-be were also moved to tears “for this version of their children or unborn black kids”, he says.

But it is more than an artistic endeavour. Smile-ing Boys was devised as a direct response to the rise in youth knife crime between 2017 and 2018. While the government reacted with tougher criminalisation measures, Rufai wanted to delve deeper into the public health approach, and ask whether improving mental health care for the demographic most affected could have a positive impact.

With funding from the Wellcome Trust – Rufai’s 39th attempt to secure funding for this research, he notes – the first step was somewhat ambitious: figure out the key to happiness.

He travelled to countries that regularly rank among the world’s happiest, such as Bhutan and Denmark, to identify why life there is so good. He came away with eight main factors he deemed responsible for happiness, which included a sense belonging and purpose, as well as freedom, security and good health. 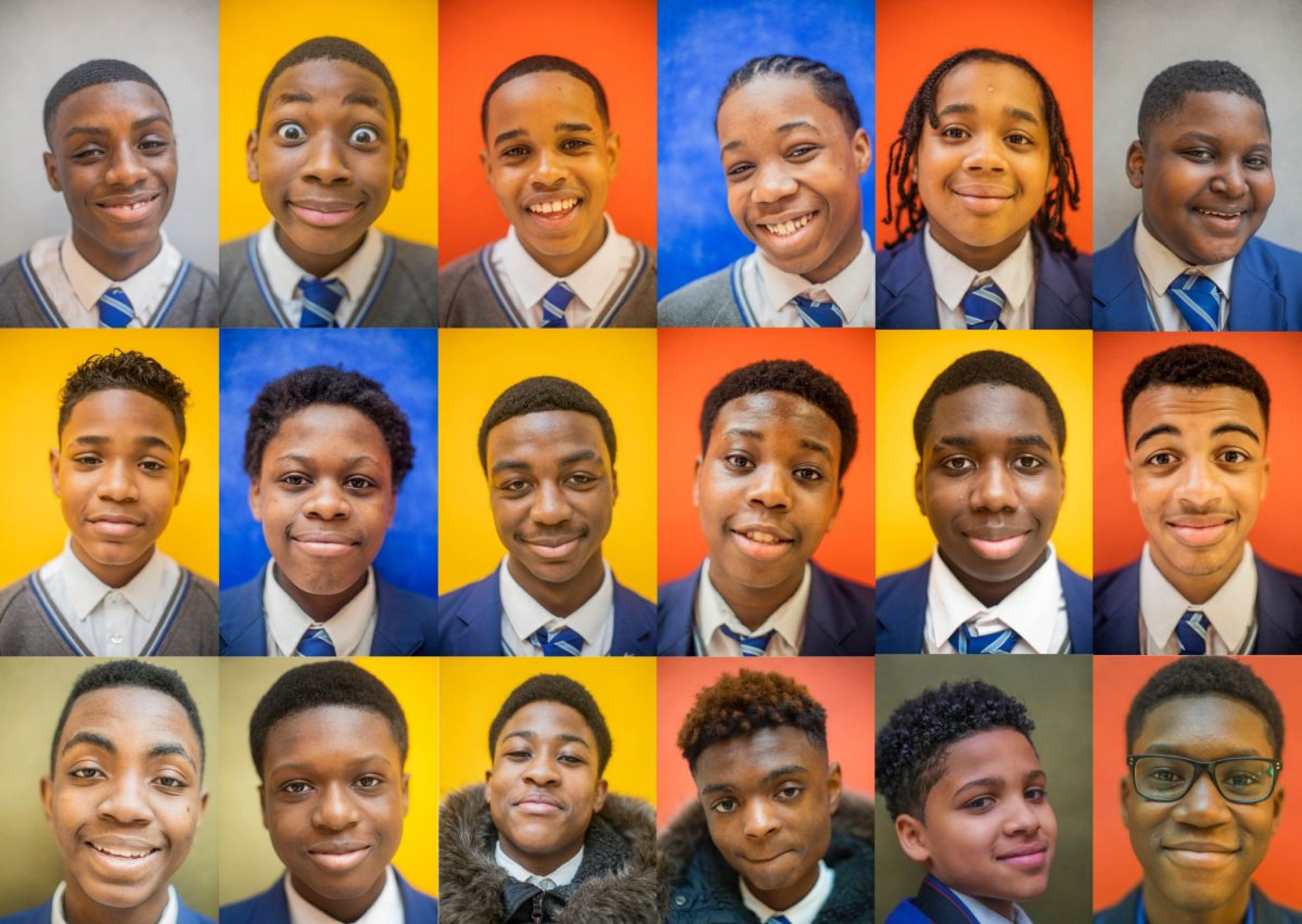 That then led Rufai to the meat of the project: an eight-week arts based workshop programme for a group of 20 13-year-old black boys at a school in Brixton, south London.

The age group is deliberate, he tells Positive News: “They are developed enough to understand complex themes around identity, but not formed enough in their own identity to resist new ideas. It is a very pivotal stage, where they are at an important cusp in their cognitive development.”

Initially, Rufai found the boys hesitant to take part. “But after one session, word gets out that it is a safe space that allows them to be unapologetically authentic and be valued,” he explains. “Soon enough, requests start flying in. The boys say they feel seen, heard and inspired.”

The boys say they feel seen, heard and inspired

Since the pilot in Brixton, which began in 2018, he has delivered the programme at schools in three more boroughs around London, and has funding to extend it to schools in another two: Hackney and Newham. Each time, Rufai works with 20 black boys for eight weeks, assigning them weekly creative tasks such as photography or poetry, all based on the eight pillars of happiness he identified on his travels. For one assignment, the boys are given cameras to photograph a person and an area they trusted and an area that they didn’t, accompanied by a short poetry piece or caption.

One theme that has come up again and again across the different groups is “the lack of freedom that this demographic has and the pressure that they face, especially navigating institutions like education and the criminal justice system”, he says.

Rufai’s experiences as a black British-Nigerian were a key motivation behind the project. Growing up without a father, he says, inspired him to work with boys and young men in the criminal justice system, gangs and exclusion units. 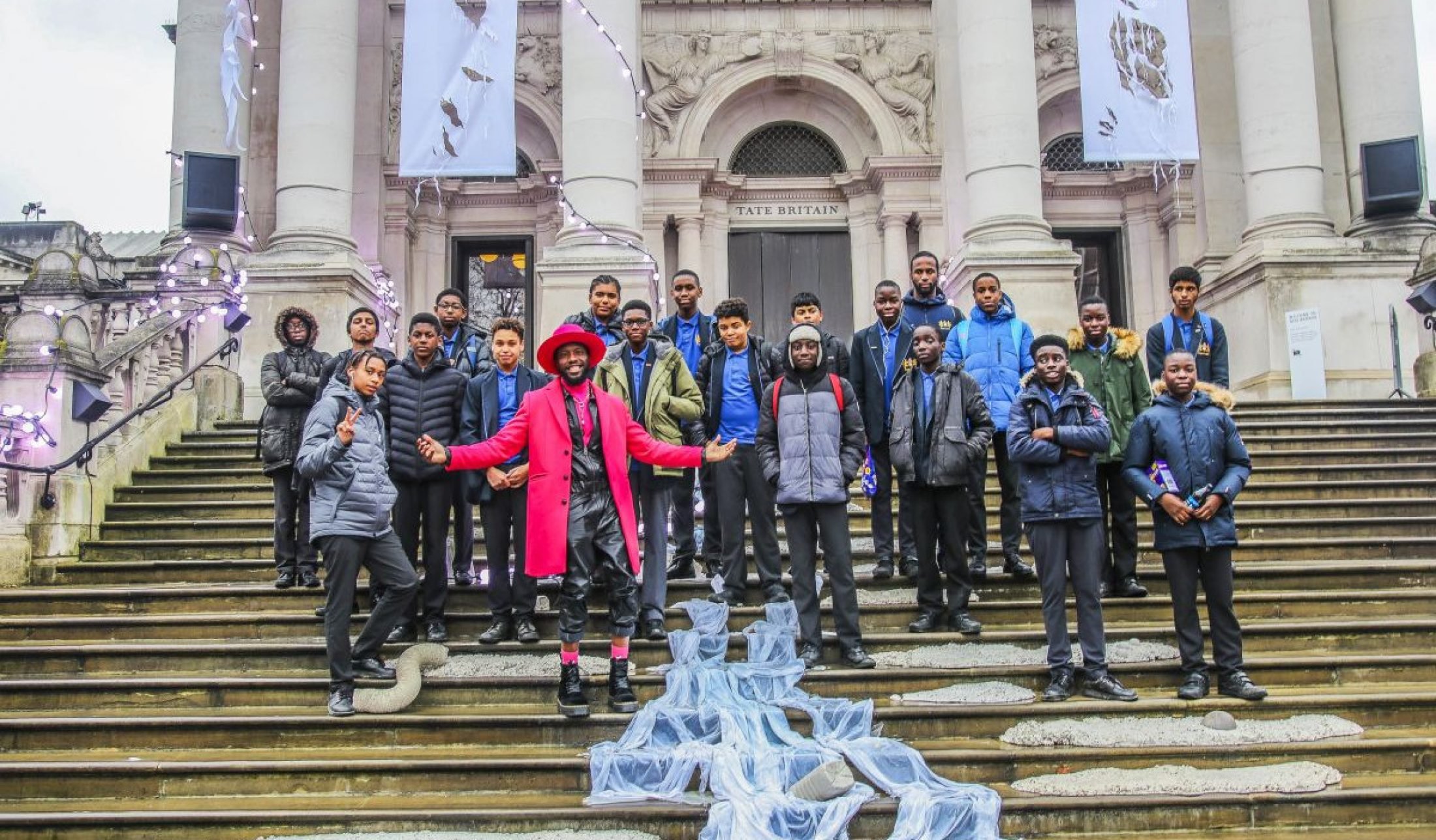 Kay Rufai with the group featured in the exhibition

“I saw myself in all these young boys,” Rufai recalls. “I recognised that my saving grace was the arts. So I created a project that enabled me to provide the tools that I wish I had as a 13-year-old black boy, to instil a sense of value about my identity as a black child.”

Within school, the boys have demonstrated that they are better able to manage their anger, and received fewer detentions. Outside of school, too, they have avoided what Rufai describes as “violent outcomes” by using conflict resolution skills learned in the programme.

I saw myself in all these young boys. I recognised that my saving grace was the arts

One example in particular sticks in his mind. At the opening of the exhibition for the photography series, one of the participants was late. “I asked the others where he was and they gave him a call. They said he’d been stopped by a couple of guys with weapons from another area, on his way to the exhibition,” Rufai recalls. Rather than get into a fight, the boy had handed over the money he had – £10 – and made it to the exhibition. For young men like those on his pilot programme, Rufai explains, walking away rather than escalating the situation was a big step.

“The fact that he did that and was able to come and talk about it was huge,” he says. “That was evidence of a young person understanding the power of consequence, when previously his first port of call would have been violence and that would have led to the kind of regurgitated narrative we hear about young black people all the time.”

For Rufai himself, the project has brought purpose. “Seeing the daily impact on the boys increases my happiness levels and my resilience to keep pushing for more change,” he says. 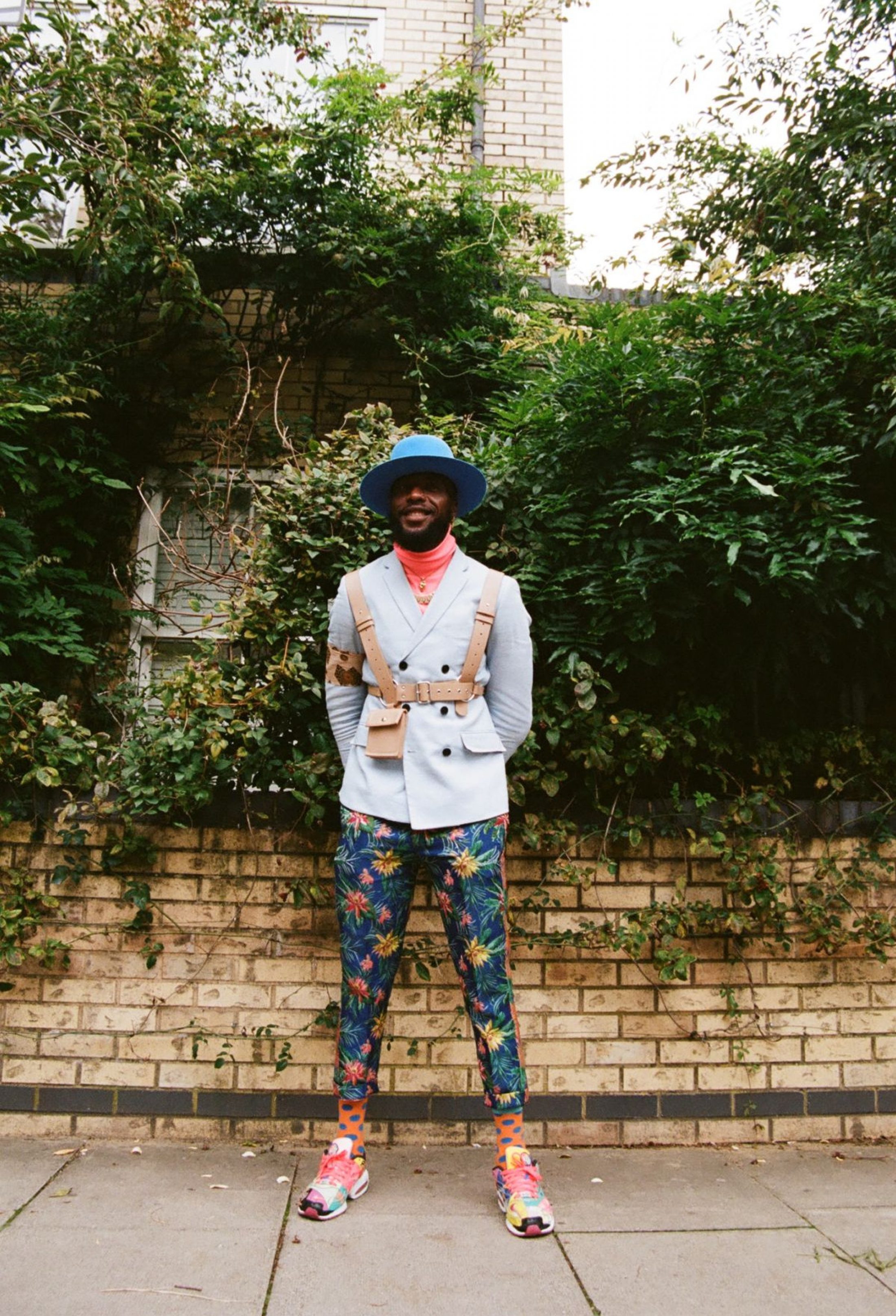 It hasn’t been without challenges, however. Funding from bodies including Arts Council England has allowed him to maintain the programme and expand into further schools, but for every grant he has received he estimates he has applied for 20 more. “It’s doing well, but that’s in spite of not having the systematic push that is necessary for it to continually reach the demographic,” he says. “It’s a journey that very much still has hurdles in the way.”

The swell of the Black Lives Matter movement in May and June has ignited fresh interest in the programme, he says. It has also brought about some introspection from the boys themselves, about what it means to be young black men: “I’ve had myriad conversations with some of them in the months since George Floyd’s death about how that has been impacting them here in London, from their direct experiences with the police,” he says.

But he remains positive. Ultimately, he hopes to introduce it to every school in London, and from 2021, he intends to begin looking into how to adapt the programme for black girls as well. Ultimately, Rufai hopes that anyone who sees the portraits might “smile as a result of the boys’ smiles”.

More crucially, he hopes that people will question why these images remain so few and far between. As he puts it: “What role do I play in a world that makes it rare to see black boys smiling like this?”